Leading the way in turntable equipment since 1979

Leading the way in turntable equipment since 1979
The Funk Firm

A no-compromise approach that considers every detail, delivering the ultimate in performance.

You don’t know about Funk?

“Records should sound as good as their Master Tape”.

There’s one small problem: For 100 years, no one managed it.

Early in 2021, Funk released The Isolation Bubble. HiFi Plus then graciously awarded us an Innovation accolade.

If the award means anything, it will come as no surprise that Funk has solved it.

As an idea it is fundamental - It’s not tied to Funk turntables alone.

The Isolation Bubble works on ALL DECKS.

People with exotic systems? They rave about it. But, here’s the really good bit:

The cheaper the deck, the bigger the improvement and that makes perfect sense, after all, if your deck isn’t an exotic one, you have more improvement to experience, but Isolation Bubble goes further by improving both in one hit.

That makes The Isolation Bubble the greatest understanding of Analogue ever.

You’re not fed any hype. Just simple common-sense, applied physics, that all can follow.

Okay. If it’s really easy to describe, what then is “The Isolation Bubble”?

“Forget the turntable, put the cartridge centre-stage and decouple it from the world.” (That way you’ll only hear the cartridge and not the deck playing along with it, out of tune!

This re-writing of the rule-book up-ends the status quo. Turntable manufacturers won’t like this. But hang on, we didn’t stop them. They could have thought of it for themselves.

Sorry people, but the industry’s been holding back your listening pleasure and for decades.

Achromat is the natural progression from the original acrylic interface invented by Arthur Khoubesserian back in 1979. Refining the theory he subsequently launched Achromat in 2005. Ongoing refinements in composition and application means that Achromat is now more universal and better than ever.

In 2009 Achromat came top in a mat comparison in HiFi Choice and then went on to win the Gold Award for Accessory. The stylus accelerates at up to 20,000g. This means your groove wall is not so much caressed but more akin to being pummelled by a road hammer creating travelling shock waves.

When there is a material change, like the record sitting on a felt mat, say, these waves bounce back from the bottom of the record (a mere 2mm thick) and are sensed by the stylus.

We hear this as colouration.

Achromat is the ideal material to absorb energy from the record.

Try hard as you may, but physics tells there is no better material.

OOR, the only headphone amplifier with a soul

First launched 2012, Funk’s mid-priced Little Super Deck has surprised those who have heard it, finding that it really does dig more music from the grooves.

But how do you know it delivers? Go and compare…we’re happy putting it up against decks costing up to twice as much.

When you do try it, be ready to agree that Funk’s “Little Super Deck” is aptly named. Industry experts would happen to agree with us, with a wide range of glowing reviews prove our point. The platter rotates on top of a quality, hand burnished bearing. In turn, this is driven by a superb DC motor for ultra low vibrations. The platter is made from heavy glass to allow for a consistent speed.

Having started with a solid foundation for the turntable itself, what of the arm?

Funk’s new FX5X (FX3 tonearm also an option) may be budget priced, its performance, however, is anything but. It will happily handle cartridges costing as much as the deck and the music simply keeps flowing.

Its clever variable mass tracking weight system helps optimise the arm for different cartridges. A nifty headshell that makes and easy job of fitting and changing cartridges. More than that adjusting the important parameters of overhang and azimuth are all done using just a single screw. 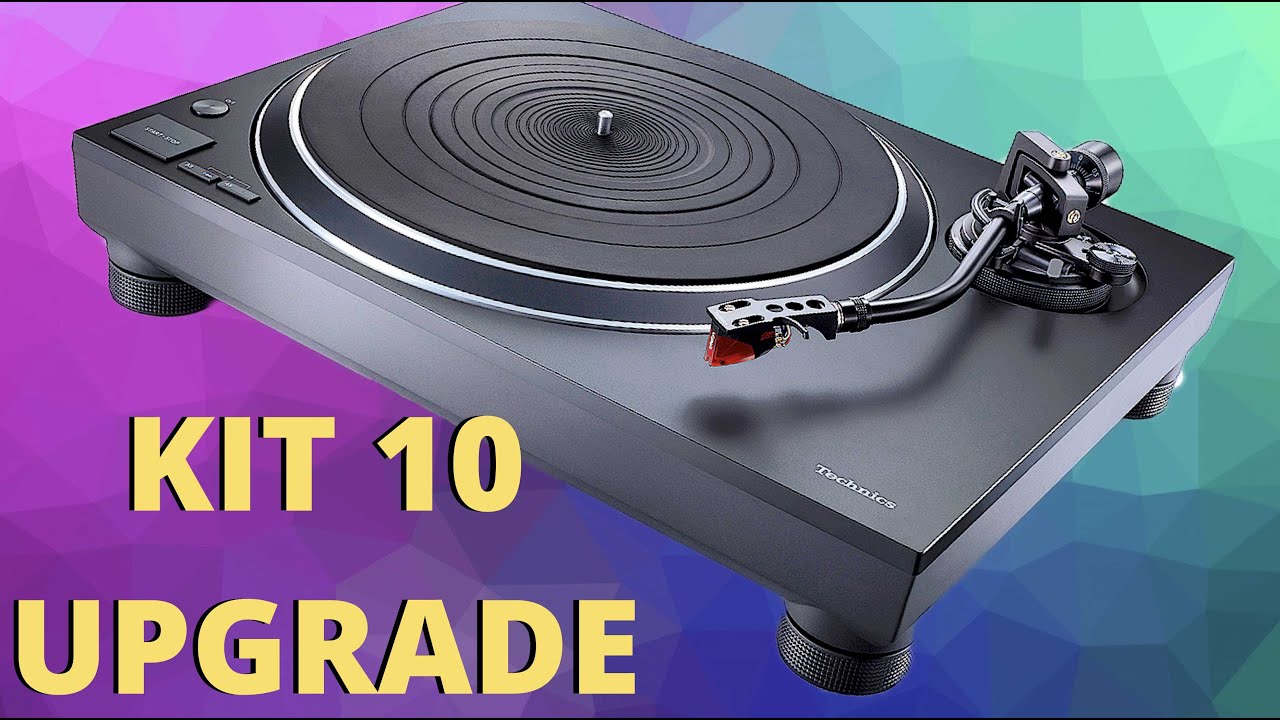 The SL-1500C is a good, solid turntable…but can you do better? The Funk Firm thinks you can. Paul Rigby reviews its 1500C upgrade kit, the Kit 10.
Supported language list:

The brain and creator of The Funk Firm is physicist Arthur Khoubesserian, often referred to as ‘The Mad Scientist’. His knowledge spans and encompasses 40 years of experience starting with the Pink Triangle in the 80s.

Making the headlines, it is no exaggeration to say that Pink Triangle was responsible for turning the whole turntable scene upside down whilst at the same time heralding a new age for turntable development and helping to bring it to where it is today.

Pink Triangle stood for a standard and started to un-pick decades of poor design.